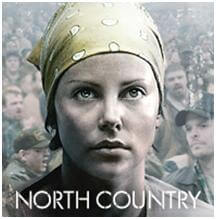 Wikipedia defines a “whistleblower” as a “person who publicly alleges concealed misconduct on the part of an organization or body of people, usually from within that same organization”. It takes a special person to be a whistleblower, to set aside their own self-interest in favor of what’s right, to stand alone against an entire organization, to willingly become a target for retaliation, ostracism and worse. Some famous whistleblowers include:

There are countless more unsung heroes who weren’t fortunate enough to have books written or movies made about them. But the courage and integrity they show in the pursuit of right can be inspirational. I say this having represented a few of them during my time as an attorney. To be sure, whistleblowers aren’t perfect people. The very qualities that make them heroic also in many cases make them susceptible to a smear defense in a civil lawsuit: determination/stubbornness, courage/recklessness, individualism/disloyalty, integrity/inflexibility, etc. That means whistleblowers can present challenges to any lawyer who decides to represent them. That having been said, the story they have to tell a jury can be extremely dramatic and compelling, making for potentially large or landmark verdicts. And perhaps that explains Hollywood’s love affair with whistleblowers.

Next, in Part II, I will discuss the California, and to some extent federal, laws that protect whistleblowers. The good news is that there are strong protections for whistleblowers, although some recent U.S. Supreme Court decisions have shown disturbing hostility to whistleblowers.

Share on FacebookShare on TwitterShare on Linkedin
Posted in Retaliation-FEHA, CFRA, FMLA, Whistleblower and tagged retaliation, whistleblowing
← 2009 Federal Minimum Wage Increases to $7.25Tip-Pooling – Can My Employer Take My Tips and How? (2023) →