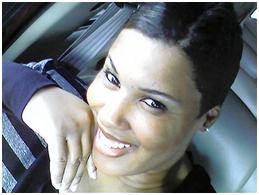 Do you know what a "reggin" is?

Tomeika Broussard didn’t either, but when her supervisor called her a "reggin", she suspected it was something bad. Later, she figured out what it was: the n-word spelled backward. Broussard filed a complaint with the Equal Employment Opportunity Commission and was awarded $44,000 in 2007 for racial harassment after she was fired from her file clerk position.

According to an article in the Chicago Tribune, "Coded Prejudice Is Cloaked Dagger" , Bigots have gotten smarter – they know the obvious slurs will get them in trouble. So instead of the usual suspects, they’re turning to code words – slurs in disguise. "People are smart and know they cannot use blatant terms, so they get the message across in other ways," said Sanya Hill Maxion, an EEOC lawyer in San Francisco.

According to the article , federal officials say they have seen an increase in code word harassment complaints ever since the first racial code word complaint was filed with the EEOC in 1996.

in May 2006, the EEOC settled a case in Florida where a manager referred to African-Americans as "you people" and interracial couples as "Oreos" and "Zebras".

In November 2004, the EEOC settled a case where American Indians were referred to as being "on the warpath" and subjected to war whoops and talk of scalping, alcohol abuse and living in teepees.

On April 1, 2008, a federal Circuit Court of Appeals ruled in favor of a white basketball coach who was criticized for marrying an African-American woman. The college vice president referred to her as "Aunt Jemima".

Other EEOC complaints include: a black employee who was repeatedly called "Cornelius" in reference to the ape character from "Planet of the Apes"; a man of Chinese and Italian ancestry who was daily called "Bruce Lee" by his foreman; a credit manager who said black employees were referred to as "you people" and "that one in there"; a black woman who was called "Nappy Headed Mo" and "Queen Sheba".

There appears to be no end to the creativity with which people create new code worded slurs. New ones seem to appear on the Internet every day.

If you have been subjected to code word discrimination, you should contact an attorney right away to see what your rights are.