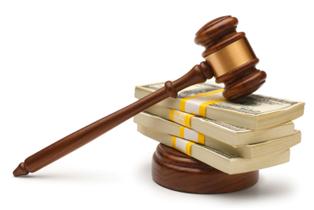 Imagine you are suing someone. Imagine you and the defendant are before a judge. Imagine that judge happens to be receiving $46,000 per year in “perks” and “supplemental benefits” from your opponent that you don’t know about. Would you have doubts about how fair this judge can be to you? Do you have a right to be told about these “perks” and “supplemental benefits” beforehand?

The Associated Press reports in an article entitled “California judges aren’t sharing state’s economic pain” , that California superior court judges, the kind of judges most employees would come before in most employment lawsuits, receive perks and supplemental benefits of up to $46,000 per year from county governments. That is on top of their $179,000 state salaries. In 2008, a California Court of Appeal overturned a superior court judge in finding that Los Angeles County’s payments to judges of $21 million per year in perks and supplemental benefits were a violation of the California constitution. The case, Harold P. Sturgeon v. The County of Los Angeles, Fourth App. Dist. Div. One, Case No. D050832 , was filed by Judicial Watch , a conservative watchdog group based in Washington, D.C. After the ruling came down, the California Judges Association responded by successfully lobbying Sacramento to keep the perks in place through legislation (S.B. 11 ) that was signed into law by Governor Schwarzenegger on February 20, 2009.

What does all this mean for you?

If you happen to work for a county government entity and you decide to take them to superior court, watch out. You will be appearing before a judge whose health club membership or health insurance is being paid for by that very same county employer you are suing. How fair can you expect this judge to be to you? In my experience, expect the worst.

If you’re a taxpayer in California, it means that up to $25 mil. per year of your tax money is being paid to judges in the form of perks, above and beyond their state income, that are unconstitutional.

These County paid perks undermine all notions of justice, particularly considering how often County entities appear as litigants in court.

What is to be done?

Share on FacebookShare on TwitterShare on Linkedin
Posted in Editorial and tagged compensation, judges
← What You Need to Know About Title VII and the ADALAPD Hit with $2.3 Mil. Sexual Harassment Jury Verdict →