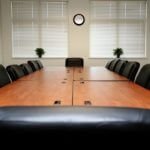 Have you ever been called to testify as a witness at a deposition (a “deposition” is a fancy way of saying a lawyer-conducted witness interview conducted under oath that is recorded by a court reporter) or at a trial? If so, then you have the right to recover “ordinary witness fees”. According to California Government Code § 68093:

Except as otherwise provided by law, witness’ fees for each day’s actual attendance, when legally required to attend a civil action or proceeding in the superior courts, are thirty-five dollars ($35) a day and mileage actually traveled, both ways, twenty cents ($0.20) a mile.

So for example, if you have been subpoenaed to testify at a deposition and you live 5 miles from the place where you are to be deposed, you would be entitled to a witness fee of $35 plus 20 cents per mile for the 10-mile round trip. That equals $37.


If you are called to testify in a federal lawsuit, then the witness fee is higher. Under 28 USC § 1821, you are entitled to a witness fee of $40 per day of attendance plus travel costs. If you travel by “common carrier”, such as by bus or train, then “travel costs” means your actual travel costs. If you travel by “privately owned vehicle”, then “travel costs” means a per mile rate established by the Administrator of General Services, which is generally the standard mileage rates set by the IRS. For example, in 2017, the IRS standard mileage rate is 53.5 cents per mile.


If you have further questions regarding testifying as a witness, feel free to discuss it with a lawyer.


Share on FacebookShare on TwitterShare on Linkedin
Posted in Law
← US Supreme Court Says Class Actions Can Be BannedNeed Your Faith in Humanity Reaffirmed? →