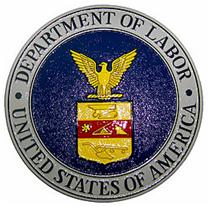 Is your boss ripping you off by refusing to pay you overtime? Forcing you to work off the clock? Not letting you take meal or rest breaks? If so, you might want to think twice about calling up the U.S. Department of Labor to lodge a complaint. According to a recent GAO report, it will likely be months before you get a response. And, in the end, after unending delays, they might just end up telling you to hire a lawyer and bring a lawsuit instead.

On March 25, 2009, the U.S. General Accountability Office issued a 35-page report, entitled “Wage and Hour Division’s Complaint Intake and Investigative Processes Leave Low Wage Workers Vulnerable to Wage Theft” , that chronicles the GAO’s undercover investigation of the Labor Departments Wage and Hour Division (WHD) . The GAO report found that 9 of the 10 complaints lodged by its undercover agents with the WHD were mishandled and:

. . . that the Department of Labor has left thousands of actual victims of wage theft who sought federal government assistance with nowhere to turn. . . . Unfortunately, far too often the result is unscrupulous employers taking advantage of our country’s low wage workers.

The report also found that the WHD mishandled worker complaints by ignoring them, waiting months to process them, lying about progress, closing them and in some cases, simply dropping them. One undercover GAO agent posing as an aggrieved worker was told to hire an attorney and file a private lawsuit instead. In another case involving over 50 minors being used for illegal child labor, the GAO found that the WHD waited over a year after the complaint had been received before beginning an investigation.

Kim Bobo, executive director of Interfaith Worker Justice, a low-wage earner advocacy group, told the New York Times “We have a crisis in wage theft, and the Department of Labor has not been aggressive enough in recent years. . . The new secretary of labor says she’s the new sheriff in town, but I’m concerned she’s facing the wild, wild West of wage theft.” Representative George Miller (D-Cal.), chair of the House Education and Labor Committee and the impetus behind the GAO report, put it even more pointedly, telling the New York Times: “It’s clear that under the existing system, employers feel they can steal workers’ wages with impunity, and that has to change.”

The new U.S. Secretary of Labor, Hilda Solis, certainly has her work cut out for her considering the mess left behind by her Bush administration predecessor, Elaine Chao. Fortunately, Solis’s office wasted no time in responding to the critical GAO report, issuing a press release announcing the hire of 250 new field office investigators, a 33% staff increase . Solis told the New York Times that she took the GAO report’s findings seriously and that the staff increase would “reinvigorate the work of this important agency” .

The next time you hear someone complain that there are too many wage and hour lawsuits, be sure to send them a copy of the GAO’s report. It might open their eyes.

If you or someone you know is being denied overtime payments or meal or rest breaks, forced to work off the clock or below the minimum wage rate, or suffering other wage and hour violations, contact a labor lawyer immediately.

Share on FacebookShare on TwitterShare on Linkedin
Posted in News and tagged Department of Labor, wage and hour
← We’ve been named a Top 100 Employment Law Blog!I'm Baaaack (and with a Jury Verdict to report) →