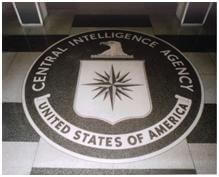 It takes a lot of courage for an employee to stand up to their employer when asked to break the law or look the other way. For those who choose to Do the Right Thing, the decision typically wreaks havoc on their jobs, their careers, their marriages, their finances – on their entire lives. And in the end, is it all worth it? Many whistleblowers, even those few who manage to file and win whistleblower lawsuits, say no. The price they paid is simply too high.

But wait a minute, aren’t more whistleblowers exactly what this country needs to root out all the corruption, the lies, the cover-ups that have come to define the U.S. of late? Why on earth would we want whistleblowers to be silenced?

The Washington Post has this news article, "Ex-Agent Says CIA Ignored Iran Facts" , discussing the plight of a 22-year CIA undercover operative who tried to warn the agency that there were no WMDs in Iran. During the runup to war, that was apparently an inconvenient truth that no one wanted to hear about it. So, according to court allegations, the CIA suppressed the operative’s reports, began falsely investigating the operative, and finally terminated him.

According to the article, CIA spokesman Paul Gimigliano’s response to the operative’s wrongful termination lawsuit was: "It would be wrong to suggest that agency managers direct their officers to falsify the intelligence they collect or to suppress it for political reasons," he said. "That’s not our policy. That’s not what we’re about." Hmmm.

Share on FacebookShare on TwitterShare on Linkedin
Posted in Retaliation-FEHA, CFRA, FMLA, Whistleblower and tagged CIA, whistleblower
← Bigotry Gets Subtle – Code Word Slurs in the Workplace‘Desk Rage’ on the Rise →