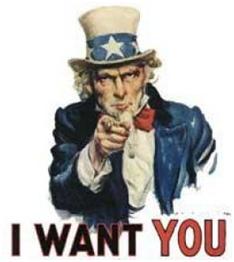 I had an interesting call from a client today. Let’s call him Roger. Roger is originally from India but had recently come to California to work for a software company on an H1-B visa, a special visa to allow foreigners with special skills to work in the US. Company X paid for his airplane ticket, sponsored his H1-B visa, processed his paperwork and signed him up to a 2 year employment contract at $60,000 per year. Not a bad deal, right? But here’s what happened next. Company X had him do non-client work like interviews and training material preparation for about a month, then refused to pay him for that month. That’s called "benching" the worker. After a few months working there, Roger then had to chase after Company X when they fell 2 months behind in paying him his monthly pay. Finally, Roger had had enough. He applied to another position and got it, then transferred his H1-B visa over to them. When he gave notice of resignation to Company X, they refused to pay him his last paycheck. They also sued him for breach of contract based upon a provision that read as follows:

EMPLOYEE agrees that if EMPLOYEE’s employment terminates with COMPANY X for any reason, whether voluntary or involuntary termination, within 12 months of the first day of assignment with COMPANY X, then, upon demand of COMPANY X, EMPLOYEE shall immediately reimburse COMPANY X the amount of $10,000 to recover expenses incurred for relocation, visa filing fees, recruitment expenses and potential loss of opportunity.

Wow, Roger was on the hook for $10,000 because he had failed to work at Company X for 12 months. Can they really do that? Roger called me up and wanted to know.

If any of you happen to be working the US on an H1-B visa and ever find yourself in Roger’s predicament (and apparently, it’s a very common situation for H1-B visa workers), you should check out a very handy website called Desi Crunch: Reviews of Desi Consulting Companies . They have a reference called "Know Your Rights" which describes scenarios like Roger’s and what you can do about it. It turns out that employers who sponsor and hire H1-B visa workers have to comply with a whole slew of program requirements or face the wrath of the U.S. Department of Labor and/or the U.S. Citizenship and Immigration Services (USCIS) .

You should also go to the U.S. Department of Labor’s webpage dealing with Workers in Professional and Specialty Occupations . For instance, I directed Roger to this passage on the DOL’s webpage:

In California, it just so happens that "liquidated damages" ARE permitted in contracts, so long as they don’t have the effect of being so baseless or unreasonable as to take on the character of being "penalties".

Finally, if after reviewing the above you think your employer has violated the law, you can file a complaint (form WH-4) with the DOL and request a hearing. Roger told me that that’s exactly what he had done and the DOL ended up ordering Company X to pay him the wages they owed him.

Now back to Roger’s original question. Can they make him cough up $10,000 for breaching his contract? The answer is easy. It depends. Courts will typically decide the issue of whether the "liquidated damages" provision in a contract is an impermissible "penalty" on a case-by-case basis. I advised Roger to file another complaint on form WH-4 with the DOL but to check the box for "Employer imposed an illegal penalty on H-1B worker(s) for ceasing employment with the employer prior to a date agreed upon by the worker and employer" and see what the DOL thought about his situation. I also advised him to consider settling Company X’s lawsuit for contract breach against him. Despite what people read in the news, lawsuits are NOT easy to file or fight. They can be VERY expensive, time-consuming and stressful.

A lawsuit is probably the last thing an H1-B visa worker needs as they work in the U.S. As foreigners working in the U.S., H1-B visa workers tend to feel even more intimidated by the legal process than the typical American. They are also subject to a slew of H1-B visa requirements of their own that they need to comply with and a lawsuit can certainly interfere with that. Unfortunately, many less-than-honest small businesses prey on H1-B visa workers, doing to them what Company X did to Roger and worse. And of course, they typically won’t have the financial resources to wage a war in the courtroom, which is exactly what a lawsuit is. Lawyers don’t come cheap.

It’s certainly a problem with the system. Hopefully things turn out all right for Roger and he returns to India with a rehabilitated view of the U.S.