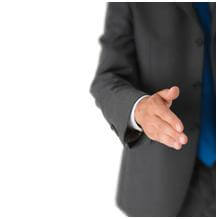 The good news is that almost all employment contracts require you to answer the same few basic questions.

When Will the Contract End? Can It Be Renewed?

Sometimes the contract will make it easy for you to find the answer to this question by having a section called “Term”, “Duration” or “Renewal”. Other times, you will have to hunt around a little. If the contract doesn’t have an expiration date, that could be cause for concern. Slavery and forced labor is, of course, not permitted in the U.S. Still, it’s generally a good idea for a contract to have an expiration date so that there is no confusion.

If the contract has one, you will want to know what the procedure for renewal will be. Sometimes the contract has an “evergreen” provision that makes renewals automatic. Other times, the contract will require one or both of parties to agree to it or negotiate a new contract.

Can the Contract Be Terminated Early and by Whom?

The contract may also give you the employee the power to early terminate the contract, although advance notice will usually be required.

Can the Contract Be Amended or Modified and by Whom?

Contracts typically state that any changes to the contract, i.e., “amendments” or “modifications”, have to be in writing and have to be agreed to by all the parties. This means that a casual oral statement by your boss that “you’ll have a job for life” or “we’d never fire you without a good reason” may not add up to much unless your boss is willing to put it in writing. Likewise, if your boss suddenly decides to reduce your compensation, he may be breaching your contract if you didn’t agree to a written amendment.

Which State’s Laws Govern the Contract?

Look for a section called “Governing Law” or “Miscellaneous”. In any case, this provision will usually be somewhere at the end of the contract.

Basically, this provision tells you which state’s laws control the contract. This is the case regardless of where you work, where the contract was signed, where the employer is headquartered, etc. So even if you work in New York for a company based in Delaware and you signed the contract while on vacation in Hawaii, the contract will be governed by California law if that’s what the contract says. And if a problem or dispute arises under the contract, you will then need to retain a California lawyer to assist you. Do not assume that contract laws are the same under all 50 states – they are not.

Next, in Part 2, I will discuss what happens if someone violates the contract, what obligations continue after the contract ends, whether the contract is the final word or whether emails and conversations with your boss can be considered. Stay tuned.