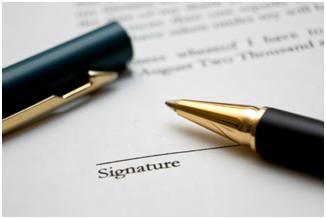 The good news is that almost all employment contracts require you to answer the same few basic questions.

Is the Contract the Final Word?

Look for a sentence at the end of the contract that says something like the following: “This Agreement contains the entire agreement between the parties with respect to the subject matter hereof. Each party acknowledges that it has not relied on any representations or promises except as set forth herein. Any and all prior negotiations, discussions, agreements, or understandings, whether written or oral, are merged into and are superseded and displaced by this Agreement.” The contract might also have a section called “Merger” or “Integration” or “Prior Understandings Superseded”.

This means that everything you were told and thought when you signed the contract is irrelevant. The only thing that matters is what’s contained in the four corners of the paper on which the contract is written.

Of course, the opposite is true too. If the contract does not contain the above, then all the emails and conversations you had with your employer when you signed the contract would be considered by a judge in interpreting the contract’s terms.

What Happens if Someone Violates the Contract?

The contract may have a section called “Breach”, but more often, the contract will build in the consequences of contractual violations into the “Termination” section, since termination of employment is the usual response to a violation. There may be other consequences too. You may be required to re-pay the employer for any training they have invested in you. Or you might be on the hook for a monetary sum called “liquidated damages”.

You will also want to look for a section called “Dispute Resolution” or “Arbitration”. Or it might be in a section called “Miscellaneous”. In any case, the relevant language will likely be near the end of the contract. This section sets out the procedures the parties have to follow if the contract is violated or a dispute otherwise arises under the contract. Sometimes the contract will require the parties to engage in a multi-step process of first trying to work things out themselves, and failing that, hiring a mediator or arbitrator. Other times the contract will require the parties simply to file any lawsuit in a certain jurisdiction.

This can a real trap for employees if they’re living and working in one state but the contract requires them to file a lawsuit all the way on the other side of the country. I’ve also discussed the downsides of arbitration for employees several times in other posts: “Is Arbitration Good or Bad for Employees?” and “Arbitration Works Better than Lawsuits . . . But for Whom?”

Another thing to watch out for: the contract may require the party who loses the dispute to pay for the costs and attorney fees of the prevailing party. Given attorneys can charge anywhere from $200 to $1,000 per hour, this can add up fast for the losing party.

What Obligations Continue after the Contract Ends?

After the contract expires or is early terminated, you may not be completely off the hook. The contract may have a “noncompete” clause that prohibits you from working for another employer in the same industry within a certain geographic region and/or for a certain period of time. Noncompete clauses are generally unenforceable in California but that doesn’t stop employer from including them in contracts so you should keep an eye out for them.

The contract could also have continuing confidentiality obligations that require you to preserve and protect from disclosure any confidential information and/or trade secrets you acquired during your employment. If you fail to comply, the contract may require you to pay a certain amount of money to the employer, so-called “liquidated damages”.

This post contains a lot of information but, remember, it’s no substitute for a trained lawyer. There’s a reason “Contracts” was a year-long course in law school and why contract breach lawsuits constituted a third of all civil trials according to the U.S. Bureau of Justice Statistics‘ 2005 national survey of trials conducted in general jurisdiction courts across the country. If you have a question about a contract, need help negotiating one, or are faced with a contract breach, either by you or your employer, talk to a lawyer.