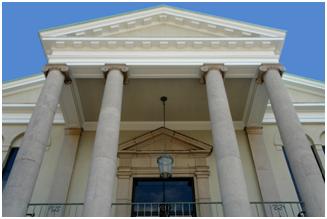 According to an article in the Pasadena Star News, “L.A. County Superior Court faces budget ax; nine courthouses could close”, up to 9 of Los Angeles County’s 50 courthouses may be closed due to California’s ongoing budget crisis. The article quotes Charles McCoy, the county’s presiding judge, as saying, that as many as 300 court employees will be shed through layoffs or attrition in early 2010, ultimately leading to possible closure of 38 courtrooms and a 34% reduction of staff. The courts intend to institute the closures and cuts in order to reduce the $850 million budget by $140 million.

According to the Whittier Daily News article, “Our View: Court budget woes will slow wheels of justice”, Los Angeles County has the biggest court system in the U.S., handling roughly 9.5 million cases filed in 2006 to 2007 alone. The article reports that the local courts in Alhambra, Downey, El Monte, Glendale, West Covina and Whittier are on the chopping block.

So what does this mean?

At present, civil cases take 1 to 1.5 years on average to get to trial under the California “Fast Track” Rules (“Trial Court Delay Reduction Act”), which were enacted on a pilot basis in 1987 and formally instituted in the early 1990s. Court closures would likely mean a return to the bad old days before the “Trial Court Delay Reduction Act”, when cases typically took 5 years to get to trial and many courts had large backlogs of civil cases.

The closures won’t be good for anyone.

Plaintiffs will suffer because they will have to wait that much longer for resolution of their claims and to collect their judgments. So the claimant who was defrauded out of their life savings by a guilty-as-sin defendant will have to wait 5 years or more instead of 1 year to get his money back. The employee who was sexually harassed or wrongfully terminated will have to live without closure and have to relive painful experiences for 5 years instead of 1 year. Meanwhile, memories will fade, documents will disappear, witnesses will move residences or change their minds about testifying, etc., making it harder to get and keep the evidence needed to prove her case.

Defendants will suffer because they will have litigation hanging over them for that much longer. If a frivolous or baseless lawsuit is filed, they will have to wait longer to clear their names. The lawsuit will remain a distraction from doing business for a longer period of time. The number of lawsuits will pile up for larger corporate defendants and public entities, making harder the tasks of managing them and of forecasting how much money will be needed in their litigation funds to make any potential payouts. Businesses looking for financing or strategic partners will need to disclose a growing list of unresolved and unwelcome pending or threatened litigation to potential investors and partners. In short, the uncertainty introduced by a growing list of lawsuits will mean the business environment itself will become more uncertain.

Both parties will also suffer because they will have to travel to more distant courthouses and, after having trekked there, will more frequently be told to come back again later due to delays caused by a reduced court staff dealing with increased case backlogs. They will also probably have to wait longer for courts to issue decisions.

On the bright side, parties and their lawyers will have less aggressive trial schedules and more relaxed deadlines to deal with (though that is really just another way of saying “being more inefficient”). And perhaps more cases will settle instead of going to trial (although, at present, only 3.5% of cases nationwide actually go to trial anyway).

In the end, the economy will suffer as disputes go unresolved for longer periods of time. Perhaps Judge McCoy sums it up best:

Contracts will go unenforced, vital capital will be tied up in interminable judicial limbo, and cases of every kind will stagnate for years. In the current economic environment, when so much effort is being put into stimulus, and uncertainty plagues the economy, the state cannot afford for court delays to become a brake on economic recovery.
Whittier Daily News

Of course, nothing is definite just yet.

According to an LA Times article, “Schwarzenegger to seek federal help for California budget”, California’s governor is expected to ask Washington for $8 billion in federal help to deal with California’s $20 billion budget deficit. If the federal government comes to the rescue, that could impact planned court closures. Likewise, if the economic recovery starts generating jobs and income soon enough, that could put tax dollars back into the state’s coffers and ease the budget crisis.

In any case, there should be no understating the seriousness of court closures on California. Peaceful and efficient resolution of disputes is an essential requirement of any well-functioning economy in the 21st century. If we are to return to economic prosperity, we cannot afford to weaken the legal infrastructure that enables that to happen.

Share on FacebookShare on TwitterShare on Linkedin
Posted in News and tagged court closures, deficit, economy
← Happy Holidays and All the BestDiscrimination Laws in California (2023) →