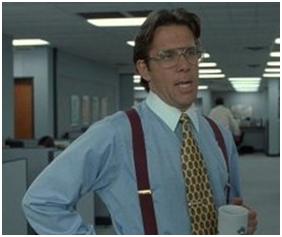 Every office has got one. A jerk whose sole mission in the workplace is to make everyone else miserable. If you’re really unlucky, that jerk happens to be your boss. I get a lot of calls from people that go something like this:

“My boss is a total jerk. He constantly yells at everyone and treats everyone like dirt. He makes ridiculous demands and picks fights with people all the time. Because of him, a lot of people have quit. He’s completely intolerable and I can’t stomach the idea of going back to work on Monday and facing him. Can I sue?”

If your boss SINGLES certain people out for especially harsh treatment, he may be breaking the law. It depends on how he’s singling people out. If he’s singling people out for especially harsh treatment based on their race, religious creed, color, national origin, ancestry, physical disability, mental disability, medical condition, marital status, sex, age, or sexual orientation, THAT’s a violation of the California Fair Employment & Housing Act (some of those bases also fall under Title VII of the Civil Rights Act of 1964). If he’s doing it to punish certain people for blowing the whistle on illegal or improper conduct in the workplace, THAT’s a violation of California whistleblower law. If he’s singling you out because of that FMLA / CFRA medical leave you took to take care of your sick mother, THAT’s a violation of the Family Medical Leave Act and the California Family Rights Act. The list goes on.

However, if your boss is what I like to call an “equal opportunity jerk”, you may not have a legal claim. What does that mean? That he treats EVERYBODY the same, that he’s just as much of a jerk to you as to your co-workers and everybody else. California employment laws do not generally make rude or unreasonable behavior in the workplace illegal. If that were the case, then every employer in the state would probably be sued because of that one (or multiple) jerk in the office that no one can stand. Courtrooms would be flooded with lawsuits (actually they already are but that’s another story).

The key is whether your boss is SINGLING people out for harsh treatment.

If you believe your boss is singling you or a co-worker out, call a lawyer and talk it over in a free consultation. If your boss isn’t being an “equal opportunity jerk”, then he may be breaking the law and you may have a case.

In the meantime, check out this helpful article about dealing with difficult bosses: “What to Do When Your Boss Is a Jerk”.