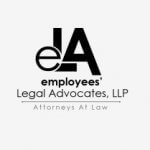 Ever wonder what would happen if a lawyer tried to “pull a fast one” on a trial court judge? Wonder no more. In Francisco Diaz v Prof. Community Mgt., Inc., a case decided in October 2017 by the Fourth Appellate District Court of Appeals, an appeals court considered the case of two unscrupulous lawyers who had tricked their trial court judge into signing an order that allowed them to stop a discrimination / retaliation trial in its tracks and send the parties into a tortuous appeals process.

E. Sean McLoughlin and William A. Meyers of defense firm Hill, Farrar & Burrill, had waited until less than two weeks before trial to suddenly argue Diaz’s case should be kicked out of court and sent into private arbitration. Because the next available date for the court to hear arguments was weeks after the trial, the two defense lawyers decided to ask the court to speed up the process and have their arguments heard before trial. The court considered the request and denied it (not surprising given the defense lawyers had waited until the last second to make the request). Then the two defense lawyers decided to type up an order for the judge to sign that denied NOT the request to speed up arguments, but rather their underlying request to send the case into arbitration. That was NOT what the judge had decided. Nevertheless, in the frenzied runup to trial, no one noticed the subterfuge and the judge signed the order.

Here’s the problem. By signing an order substantively denying the request to send the case into arbitration (not simply the procedural request to speed up arguments on that request), the court opened itself up to an immediate appeal by the defense lawyers. And that is just what the defense lawyers did. They appealed the decision, putting a halt to the trial and sending the case into appeals limbo.

We conclude PCM and its counsel acted in bad faith, generating an appealable order they knew the trial court had not intended to issue at the ex parte hearing, for the purpose of obtaining a delay of trial.

The appeals court went dictionary diving to educate the public about “sharp practices”, implying that the defense lawyers had themselves acted “unscrupulously”:

A “sharp practice” is defined as a “dealing in which advantage is taken or sought unscrupulously.” (Webster’s 3d New Internat. Dict. (2002) p. 2088.) This is an appeal borne of sharp practices.

The appeals court then launched a proper smackdown of the two defense lawyers, hitting them with hefty monetary sanctions:

Based on these findings, we impose sanctions against both PCM and its counsel. The damages suffered by Diaz resulting from this frivolous appeal are the reasonable value of counsel’s services in preparing for the aborted trial, to the extent preparation for trial must necessarily be repeated, and the reasonable value of counsel’s services in defending this appeal. Excluded from this award are pretrial services that need not be repeated, e.g., the preparation of motions in limine, trial briefs and the like. The damages suffered by this court for processing this appeal are set at $8,500

The sanctions are to be paid by the employer PCM AND the two defense lawyers. $8,500 of the sanctions are to go toward reimbursing the appeals court for the time it wasted on the appeal. Meanwhile, the attorney fees, likely to end up around $500,000 or so, are payable to Diaz and his lawyers for the time they wasted getting ready for trial only to have the rug pulled out from under them by the defense lawyers’ trickery.

Adding the final exclamation point to their ruling, the appeals court ordered the defense lawyers to report to the California State Bar for investigation of their unethical misconduct.

The moral of the story is clear: lawyers should zealously represent their clients, but if they engage in sleazy tactics to gain unfair litigation advantage, they may have hell to pay for it.

Congrats to colleagues A. Jacob Nalbandyan and Charles L. Shute of Employee’s Legal Advocates, for taking these two defense lawyers all the way through an appeal and beyond.

Share on FacebookShare on TwitterShare on Linkedin
Posted in Verdicts & Settlements
← Can Employers Require Employees to Remain on Premises? (2022)Are Employers Required to Give Holiday Pay or Paid Holidays? (2022) →