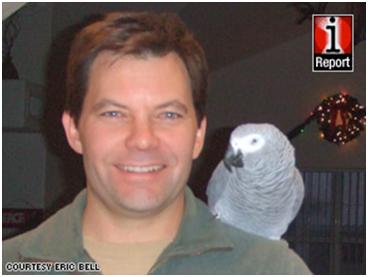 And the hits just keeps on coming. According to the Bureau of Labor Statistics , US unemployment steadily marched upward from 5.0% in May 2008 to 7.2% in January 2009. Meanwhile, the LA Times reports the U.S. economy lost a record 2.6 million jobs in 2008 and that rate is expected to accelerate markedly in the first half of 2009. Some forecasters predict that real unemployment will reach 25% , a staggering Depression-level rate. As of this morning, the Dow has fallen below 8,000 (it was near 12,000 in the third quarter of 2008).

Closer to home here in California, unemployment benefits appeals are going through the roof. According to this LA Times article, "California jobless benefit appeals pile up" , state officials are overwhelmed by a record number of appeals filed by unemployed workers and their employers waiting in the queue to be processed. Making matters worse, the California Employment Development Department officially ran out of money to pay unemployment benefits on January 26 and is now scrambling to raise financing to ensure it can continue to issue the checks. A real problem given former employees have historically won 44% of their benefits appeals.

In times like this, what is an employee to do? The answer: Stay Positive!

That’s easier said than done, but not impossible. Take Eric Bell, a middle manager who lost a $100,000 a year job last May and has been looking for work ever since. In this CNN Report, "From $100,000 a year to unemployed" , Bell said, "I never envisioned that my job search would take so long, and it’s still ongoing." Bell maintains a can-do attitude. ""For somebody that’s unemployed right now, you need to turn off the news," he said. "It will affect the positive attitude you need to have. You’ve got to be positive, because it’s not easy."

• Analyze yourself and figure out what you’re best at;

• Network as much as possible.

Bell added, "You can’t sit in front of the computer all day and go: ‘Woe is me, why is this happening to me?’ You’ve got to get out and network".

According to Erik Fisher, a psychologist and book author, Bell is onto something. "What I like about this guy is that he’s not a victim… If we had a world full of these guys, then we wouldn’t be in this mess. He didn’t look to take advantage of what was given to him." Fisher points out something we can all learn from Bell: "Even when things fell apart, he wasn’t looking at what the world was going to do for him. He was still looking at what he could do for the world. He’s going to learn from it. He’s going to get a better job. He chooses to see it as an opportunity."

Share on FacebookShare on TwitterShare on Linkedin
Posted in Tips for Employees and tagged unemployment, unemployment benefits
← “Change” is Coming to the Federal Courts – Obama-styleSupport the Arbitration Fairness Act Now! →