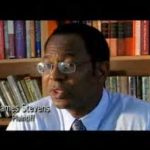 Multi-million dollar verdicts routinely headline the news. But what few seem to know is what happens to those verdicts long after the jury and the public have moved on. More often than not, those verdicts get cut down to size or get lost in a perfect storm of appeals.

In Stevens v. Vons Companies, a 2006 case, a Simi Valley Superior Court jury awarded over $18 million to a Vons grocery clerk who was making $750 a week. $16.7 million of that award was punitive damages, intended to punish Vons for retaliating against Stevens after he complained of being sexually harassed by the store manager. The outsized verdict made the rounds in the media. Stevens and his lawyers were interviewed on the television evening news. The public spoke out against the jackpot jury system and questioned how a woman could ever sexually harass a man. After that, news of the verdict quickly faded from the media.

And what happened to Stevens? If you thought he retired into a life of fabulous wealth and comfort, you’d be wrong.

Soon after the jury issued its verdict, the judge ruled that the jury award was excessive. The judge threatened a new trial unless Stevens was willing to accept a “remittitur”, meaning a reduction of his award from $18 million to just $2.4 million. According to Stevens:

The judge gave me a generous choice between a hanging and a firing squad. He made it clear that if I elected the new trial, it would be in his court again, and I was advised that I would not win the second time . . . I have lost my family, my job and my health insurance during this process, and much of the money I did receive has basically gone into the case.
Reuters Press Release

Not surprisingly, Stevens chose to accept the reduction. Unfortunately, that did not stop Vons from appealing the case anyway.

More than 2 years later, in January 2009, the Court of Appeal finally denied both Von’s appeal and Steven’s request to reinstate the original $18 million jury award. Stevens then unsuccessfully appealed that decision to the California Supreme Court. He ultimately took his case to the highest court in the land, the U.S. Supreme Court.

In October 2009, the U.S. Supreme Court quietly declined to hear Stevens’ appeal. This time, there were no TV cameras or news reporters waiting to interview Stevens or his lawyers. After all the time and expense of those appeals, one has to wonder how much is even left of Stevens’ jury award today.

Share on FacebookShare on TwitterShare on Linkedin
Posted in Verdicts & Settlements
← Largest Sexual Harassment Verdict in History – $168 MillionCan My Boss Fire Me at Any Time for Any Reason? What is “at will”? (2022) →