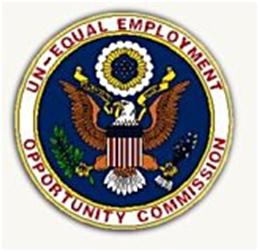 The following is an article I recently wrote for the ABA GP-SOLO periodical. It is geared toward other attorneys but employees may find it helpful in thinking about their cases. Note, for employees in California, I would generally recommend against filing claims under Title VII of the Civil Rights Act of 1964 or the Americans with Disabilities Act because California’s anti-discrimination laws are generally more favorable to employees.

With layoff-fueled unemployment hitting record levels amid a severe economic downturn, more jobless workers are filing discrimination suits than ever. According to the Washington Post, private sector job bias charges filed with the EEOC in 2008 were up 15% from 2007 and up 26% from 2006. That trend is expected to accelerate in 2009.

Meanwhile, recent legislation and court decisions have helped pave the way for more discrimination lawsuits. In 2005, the Supreme Court held that victims of age discrimination need prove only that a layoff had a “disparate impact” on older workers, not that it was intentional. In 2008, Congress widened the scope of disabilities falling under the protection of the Americans with Disabilities Act to include employees who depend on medication or devices. In 2009, the second bill signed into law by a newly-minted President Obama overturned a Supreme Court decision that had held that Equal Pay Act lawsuits could only be brought by employees who file EEOC charges within 180 days of each discriminatory paycheck, regardless of actual knowledge or discovery of pay disparities. With pro-employee Democrats occupying the Presidency and in control of Congress, the legislative and judicial trends in favor of employees are expected to continue.

As you evaluate the attractiveness of potential Title VII and ADA claims, here are the some of the preliminary items you need to ascertain at the outset.

For more information, visit the website for the Equal Employment Opportunity Commission .

Share on FacebookShare on TwitterShare on Linkedin
Posted in Discrimination-Racial, Gender, Disability and tagged americans with disabilities act, title vii of the civil rights act
← Support the Arbitration Fairness Act Now!California Judges Getting $46,000 a Year “Perks” from Counties: Is This OK? →